BBIN.in, an Indian BlackBerry Community website, leaked the specifications of the new BlackBerry 10 “Curve” R-Series on Sunday afternoon. The R-Series is expected to be an entry to mid range phone for the BlackBerry 10 line up. It is a little taller than its more expensive brother, the Q10, and has a similar volume rocker (on the right hand side). While it does sport a full Qwerty keyboard, it doesn’t have any navigation buttons on the front. This is in-line with BlackBerry’s new design philosophy. BBIN.in also showed leaked pictures of white and red R-Series devices. Unfortunately it appears that the R-Series does not have a removable back cover, so there will be no way for the user to replace the battery. Specs wise the R-Series sees a downgrade on the Q10’s specs with a lower resolution camera, as well as reduced internal storage. It still sports 2 GB of RAM, which is impressive for entry to mid range device. See the full list of leaked specifications below. There is no word on when the BlackBerry 10 R-Series will be launched in South Africa and abroad. 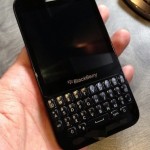 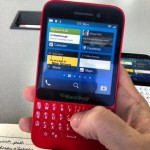 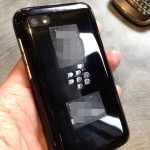 Back of the R-Series 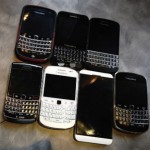 R-Series with the rest of the BlackBerry range

A leaked gesture tutorial video for the BlackBerry R10