While Acer unveiled several new Windows 8 tablets at its press conference on Friday, it did not unveil, the now leaked, Acer Iconia W3-810-1600 8.1 inch Windows 8 Tablet. Amazon accidentally listed the new Iconia on its website as temporarily out of stock with a retail price of $379.99. The listing was quickly taken down.

Along with several pictures, a list of specifications were leaked. The Iconia W3-810-1600 is the first real evidence of rumoured smaller Windows 8 tablets. Several interesting characteristics are apparent in the specifications. Firstly, the screen resolution is 1280 by 800. Windows 8’s minimum supported resolution was 1366 by 768 for tablets. Microsoft recently wavered this limitation to 1024 by 768, in preparation for the introduction of smaller Windows 8 tablets. 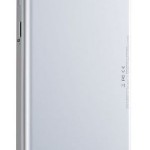 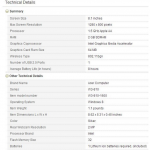 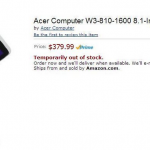 The second, rather puzzling, characteristic is the processor of the W3-810-1600. In the specifications sheet it is listed as a 1.5 GHz Apple A4 processor (the same proccesor as the first iPad), but the item description indicated that the Iconia is using a dual-core Intel Atom processor. It is more likely that the W3-810 is using an Intel Atom chip, as the Apple A4 chip is archaic; the operating system described is Windows 8, not Windows 8 RT; and the specifications state that the graphics processor is an Intel Graphics Media Accelerator, which is generally bundled with Intel processors.

The Iconia’s $379.99 retail price is $50 more than the iPad mini and a fair deal dearer than the many budget Android tablets available on the market. Still, Android tablets can hit dirt cheap pricing levels because Google doesn’t insist on manufactures paying licencing fees for the OS. Microsoft on the other hand stipulates a fee for its OS with every Windows 8 tablet sold. The $379.99 price point for the W3-810-1600 isn’t ridiculous, for a small tablet and could make the Iconia a rather appealing product if it is shipped with the desktop version of Windows 8 rather than Windows 8 RT.

There will certainly be more information on the Iconia W3-810-1600 in the coming weeks and we may see other manufactures detail 7 and 8 inch Windows 8 tablets shortly.