The Rumour mill on the new Xbox has done the rounds on the internet for a good few years now and with only weeks to go till the announcement May 21st, what has Microsoft got up its sleeves to really impress us this year. Here are Tech Net Africa’s thoughts and expectations of what the new Xbox should be.

We expect the new Xbox to launch in time for Christmas 2013. We know that Sony is launching the PS4 in time for the 2013 Holiday Season and Microsoft will certainly want to make sure it doesn’t give Sony a head start.

From the looks of things, the new Xbox will come with very similar specifications to the PS4. Rumours are that the new Xbox will run an AMD Jaguar based, 8 core CPU, clocked at 1.6Ghz, which would put it on par with the PS4. This would be good news for game developers, as cross-platform development would be much easier.

The new Xbox is rumoured to have reduced graphical power than the PS4 though. Sources suggest that it will run an AMD 7000 series graphics card, which is based on the 28nm chip design. The PS4 graphics are provided by a custom-built AMD chip, which fits in somewhere along the lines of a Radeon 7850 card with 18 GCN processing clusters, each with 64 cores.

The PS4 packs 8GB of unified GDDR5 memory, which combines system and graphics memory for super-fast gaming. But the new Xbox is rumoured to contain 8GB of general (DDR3) system memory and separate graphics memory. This could mean that the new Xbox might not be as potent a gaming rig as the PS4, but will be more efficient at other non-gaming tasks.

The focus in the new Xbox seems to encourage hard-core players to step away from controllers and engage with a hands free interface. The new version of Kinect, as stated in a leaked document, is to come bundled with the new Xbox which can track up to six players at the same time.

The document also indicates that the Kinect’s latency will improve and it will boast improved recognition than can help track smaller movements and body parts, like fingers and facial gestures.

Not many announcements have been made about the new gaming titles for the new Xbox, but hopefully at the 21 May revealing more details will come to light. So far all that is known is that Watchdogs is coming to the PS4 and will maybe hit the Xbox at a later stage. Call of duty Ghosts and Assassins creed Black Flag will be potential launch titles for the new Xbox.

Rumours are circulating that the new Xbox console will feature a system aimed at preventing players from playing used games. That would mean no trading in of old titles to fund the purchase of new ones. If Sony hasn’t enforced a similar restriction, this could seriously hurt the new Xbox’s sales. 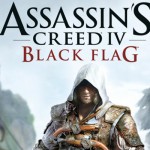 An estimated figure, which surfaced in a 2010 dated document, stated that the planned retail price of the new Xbox console would be around £200 or $299. If that ends up being the case, this would make the new Xbox the cheapest next-gen console on the market.