The Nokia Lumia 925 has been revealed and is being announced today by the Finnish giants Nokia.

The Lumia 925 has an aluminium design as opposed to the earlier handsets’ polycarbonate design, along with a 4.5-inch curved glass ClearBlack AMOLED display with a 1280×768 resolution which offers superior brightness and sunlight performance. Nokia’s new handset has a 1.5 GHz dual-core processor, 1GB of RAM and 16GB of storage. The phone weight is 139g.

Below is the teaser trailer for the Nokia Lumia 925:

The Lumia 925 has an 8.7-megapixel PureView camera with optical image stabilisation, being pretty much identical to the Lumia 920. Nokia claims that the new camera improvements are next generation bringing together new image processing software and the most advanced lens technology to make every shot clear and sharp. Software includes best shot, action shot and motion focus.

Nokia’s new handset will cost €469 before taxes and will see a roll-out in June. Nokia says that the Lumia 925 brings together a smarter camera with the best in low light imaging technology and a beautiful new look to the smartphone market. 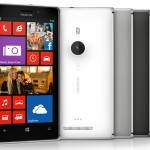 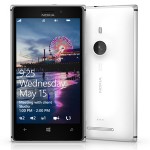 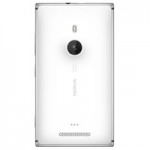 A full list of specifications are on the next page.