Microsoft has revealed the new Xbox One, the successor to the Xbox 360. The new Xbox has some serious power under that hood but it looks like the new Xbox is all about the whole experience and not only gaming.

The Xbox One is large, sleek, and black, and looks like a PC turned on its side. The controller and Kinect unit have also been redesigned. The Kinect and Xbox One, in particular, have a sharp-angled, glossy-black boxy looks. It also looks awfully big, compared with current-gen consoles. The Xbox One has 8GB of RAM, along with a Blu-ray drive, as well as a native 64-bit architecture, a 500GB onboard hard drive, HDMI in and out (including passthrough capabilities for use with your existing home theatre setup), 802.11n Wi-Fi as well as an 8-core CPU and USB 3.0 connectivity. This is exactly what we expected would be in the new Xbox.

Xbox One has a huge advantage in that its architecture allows for three operating systems in one to deliver a seamless transition between games, applications, and live entertainment. The Xbox architecture combines with Windows, via a third OS that handles fast switching between multi-tasking apps. This looked really cool and could be a huge advantage for Microsoft if they are trying to market this as an all round experience.

The updated Kinect can now capture 1080p video, as well as detecting far more points on the body for a better all round performance and enhanced recognition. It looks like the new Kinect is much better at picking up smaller gestures as well as recognizing voice input than its predecessor.

The all new controller looks very impressive with its all new layout of the D-pad and the new battery compartment. The controller also features a more precise trigger. 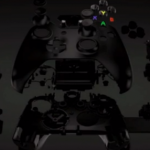 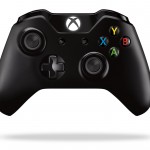 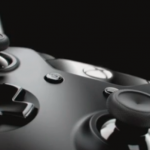 The tablet-based SmartGlass experience will centre on Xbox One, and will work as before with a variety of phones and tablets. SmartGlass will have Wi-Fi Direct on the Xbox One and it will allow for Bluetooth direct communication between external devices.

Microsoft plans eight new franchises for the Xbox One in the first year. The games that were shown include EA’s NBA live, FIFA, UFC and Madden. Forza 5 will come out later in the year, but a new game called Quantum Break, from the developers of Alan Wake, looks like a fantastic game with its big-studio design and cinematic feel. Call of Duty: Ghosts will launch exclusively on the Xbox One. Microsoft has confirmed there is no backwards compatibility.

Built on the existing service and usernames, the new Xbox Live promises 300,000 servers for Xbox One. Matchmaking services will work while you’re doing other tasks like watching movies or Web browsing, and quicker connections to matches are promised.

Microsoft has discussed some cloud services on the Xbox One that seem promising. User based cloud game saves and uploaded game recording through the DVR function.

Now that Microsoft has finally announced their Xbox One the battle against Sony’s PlayStation 4 will begin. This will be very exciting. So far the Xbox One seems to give the user a whole experience for gamers and non- gamers, where as the PS4 mainly focused on the gaming aspect. It will be very interesting to see what both companies have got up their sleeves for us at E3.