Nokia Music+ is now available for South African Nokia Lumia owners. Nokia Music+ is an upgrade of Nokia’s free-to-use music service. The R25 per month upgrade allows users to enable a higher quality audio setting for songs (192 Kbps, up from 32 Kbps). It also removes the restriction only allowing one to have four offline playlists and six song skips per hour. Finally, the subscription allows one to listen to playlists through the Nokia Music web app, on any device. 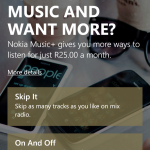 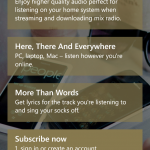 Nokia also announced plans to release a Windows 8 app for Windows 8 laptops and tablets. The app for Windows 8 is not available, at the time of writing, and the Nokia Music+ web app, while fully functional, is still in a beta stage.

Nokia Music+ has a seven day trial for all users. It appears that the service is only able to be billed to a credit card at the moment, but Nokia has mentioned carrier account billing for certain regions. Hopefully, South Africa is one of those regions. 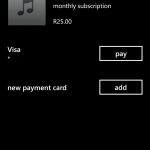 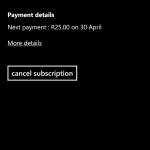 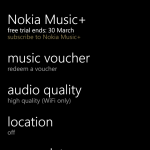 To try the service, one must have a Nokia Lumia device (Windows Phone 7 or 8) and the Nokia Music app, which is available in the Windows Store for free. The option to upgrade to Music+ is in the app settings menu. A Nokia account is required in order to activate the service. 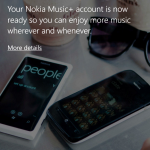 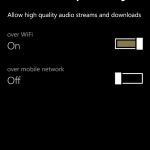