The recent range of the Nokia Lumia smartphones have taken the Windows 8 mobile experience to a whole new level. The look and style of the Lumia range is what sets the range apart from other Windows phones. The Lumia 620 is no different. It offers a series of removable covers that come in a plethora of different colours that should entice the youth market.

The phone may feel a tad heavy for its size at 127g, but it really isn’t a massive drawback. The phone’s side buttons consist of a volume rocker, power/lock screen button and dual-stage camera button.

The phone’s plastic feeling may deter some consumers but believe me, this phone is rugged and it is a budget conscious phone. 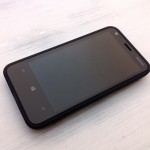 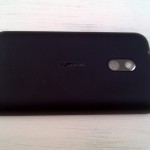 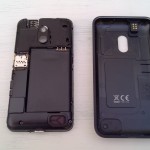 The 3.8 inch display offers a decent pixel density of 246 pixels per inch, which makes the OS look and feel great with its accurate colour production. Text on webpages is easy to read, but sunlight usage is a bit of a problem as the reflective panel makes it difficult to see text and images.

Other than that the screen is very responsive to touch and is a pleasure to use. The only big gripe I have is that the keyboard is much too small and users may struggle to type depending on finger size. 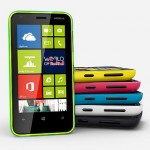 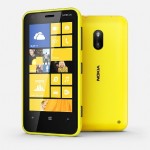 The Lumia 620 comes with a 3.8 inch screen, 5 mega-pixel camera, 1 GHz dual core processor, 512 MB RAM and VGA resolution front camera. The dual core processor is not top of the range but it’s more than sufficient and users will notice very little lag when using the device.

The Lumia 620 has solid call quality and the speaker produces clear and loud audio. It’s probably one of the loudest speakers available on a phone. The battery life is average and will last around a maximum of 10 hours with moderate use. The battery is removable, so you can carry a spare battery around, if necessary.  One great feature is the ability to expand the memory size with the Micro SD slot as the 8 GB of storage on the phone is much too small.

The Camera on the 620 is really average. The daytime photos lack contrast and are not as sharp as its big brother the Lumia 920. But of course you’re not getting this phone for its camera. The 720p video is vibrant and works in all conditions and the front camera is not much of a talking point, but it’s great to have and works well for video calling. 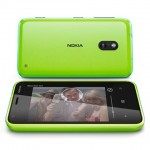 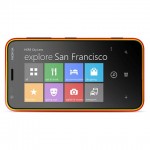 Windows Phone 8 is an amazing operating system, with its live tiles, it makes for a refreshing take on a mobile OS. Windows Phone 8 is fast and shows very little lag. However, it does exhibit some lag when using the web browser, as it stutters when scrolling through web pages. I’m sure with an update this can be resolved.

Nokia has include apps such as: Nokia Music, Nokia drive and the useful Nokia City Lens, which is awesome if you’re clueless on your area. One massive drawback is Windows Phone 8’s lack of an app selection. But with time that should change as it is a very new OS.

The Lumia 620 is a superb phone and if you’re after the Windows Phone 8 experience, this is a great option. Even though the Lumia 620 has a cheap build quality and average battery life, it presents amazing value for money in South Africa if you get it on a 24 month contract for R199 per month.

Its R3600 cash price is a bit steep. If you’re in the US or UK this phone offers much better value for money with its respective $300 and £200 cash prices. The Nokia Lumia 620 is definitely worth your consideration if you are in the market for a new smart phone no matter which part of the world you are in. This is one of the best budget Smartphone’s on the market today.

Do you have any comments or questions on the Lumia 620 or Windows Phone in general. Click here and start a thread on our forums (No registration required).